Cabaret by the River

Thank you for attending our 29th Cabaret by the River

Our 29th Cabaret by the River featured
The John Pizzarelli Trio!

Established as one of the prime contemporary interpreters of the Great American Songbook, Pizzarelli has expanded that repertoire by including the music of The Beatles, Joni Mitchell, and Neil Young. He has recorded over twenty solo albums and has appeared on more than forty albums by other recording artists, including Paul McCartney and James Taylor. John has performed on America’s most popular national television shows, such as The Tonight Show Starring Jimmy Fallon, Conan, and the talk shows of Jay Leno and David Letterman.

This black-tie event includes an evening of cocktails, gourmet dining, and exciting musical entertainment against the backdrop of an extraordinary setting on the Delaware River.

You are invited to participate in the October 1 event either by joining the Cabaret Committee and buying tickets to share with friends and family, and recruiting additional friends to purchase tickets, perhaps organizing a table together, OR by purchasing individual tickets.

The Andalusia Foundation is a 501 (c) (3) non-profit organization which supports the continuing preservation of Andalusia, a nineteen-century house museum and gardens, open to the public since 1980. The Andalusia Foundation was established to care for this important National Historic Landmark, its furnishings, surrounding gardens, and property for the benefit of scholars, students and the general public.

Many thanks to all of our Cabaret Corporate Sponsors:

Images from the 2022 Cabaret by the River fundraiser featuring The John Pizzarelli Trio and honoring Connie Griffith Houchins.

Thanks to Michele Corbman Photography 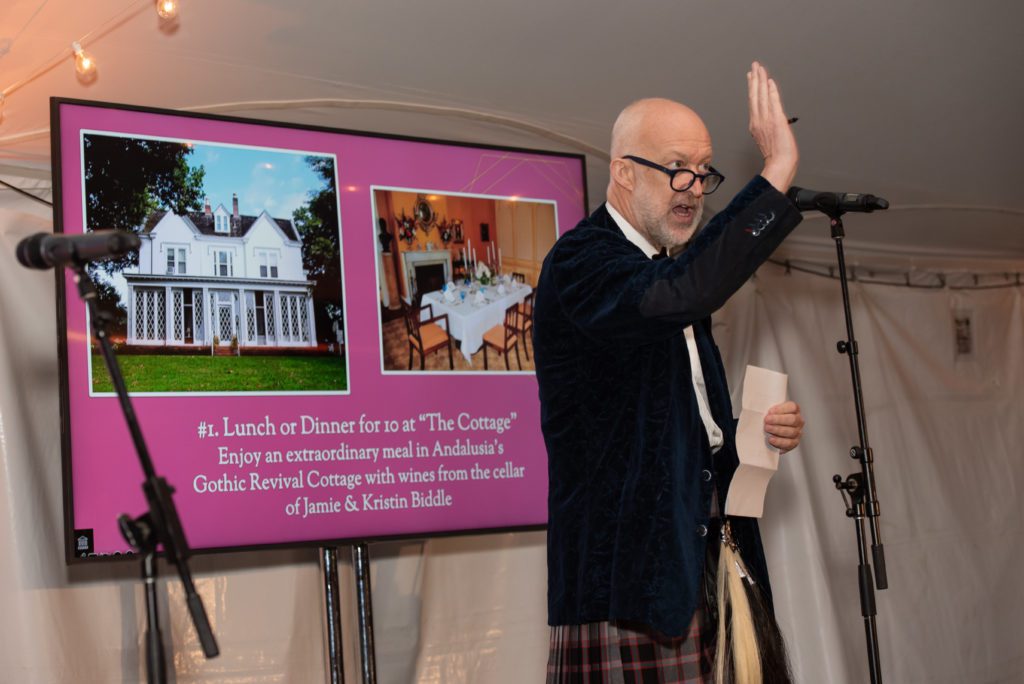