With its soaring white columns and superbly crafted interiors, the mansion at Andalusia—called the Big House—is one of the finest, most distinctive examples of Greek Revival architecture in the United States. Inhabited from the 1790s until the 1970s, the story of Andalusia parallels and reflects that of the nation itself. Visiting this National Historic Landmark is a journey back in time, an invitation to see firsthand the traditions and tastes of the generations of Biddle family members who called it home. 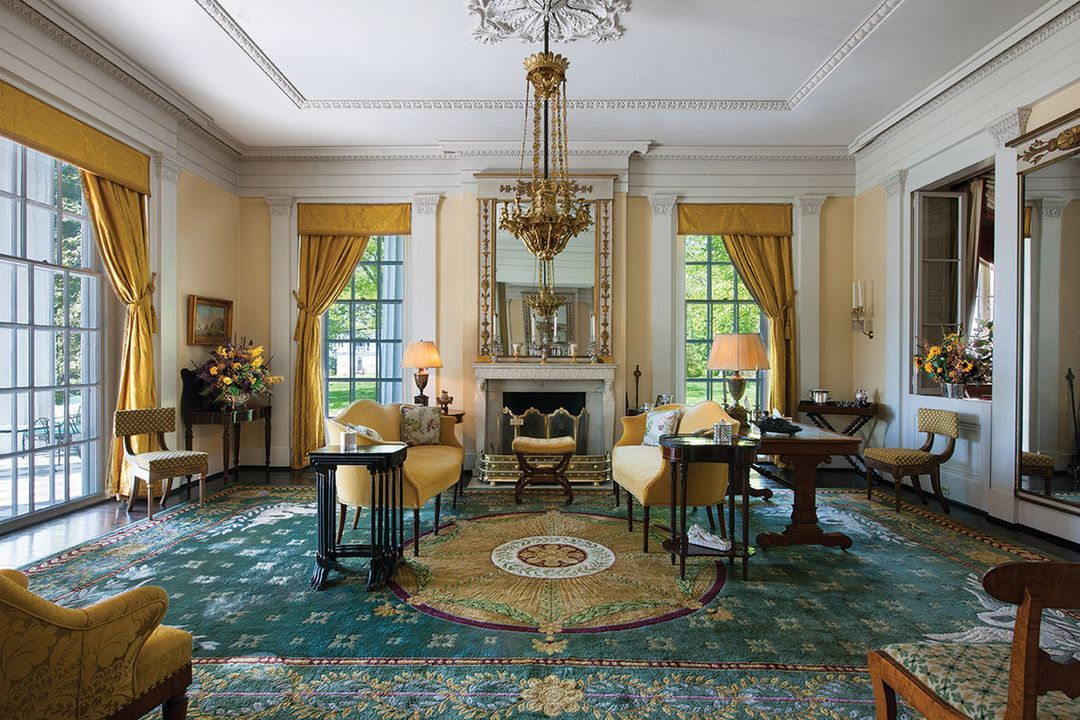 The parlors and bedrooms of the Big House delight the eye and inspire the imagination. Visitors enter the past as they explore the house, surrounded by period furnishings and portraits depicting two centuries of Andalusia residents, family, and friends. The extensive library contains more than 3,000 rare volumes preserved in original bookcases, including Nicholas Biddle’s signed copy of the 1814 Lewis and Clark Journals, which he edited. A butler’s pantry and bathrooms with marble fixtures show how the house was modernized in the early 20th century.

Exhibition rooms display personal belongings and clothing alongside portraits and historical accounts to offer a focused look at prominent Biddle family members. One room features Commodore James Biddle, who fought in the War of 1812 and sailed throughout the Caribbean, Mediterranean, and Pacific, returning to Andalusia with ornate Chinese art and tales of being captured by Barbary pirates. Another room presents the exploits of World War I flying ace Charles J. Biddle, one of Andalusia’s last fulltime residents.

In 1806, John Craig hired architect Benjamin Latrobe (1764-1820) to expand the mansion at Andalusia. The original 1797 Federal-style structure included a foyer, dining room, and parlor on the first floor, four bedrooms on the second floor, a basement kitchen, and attic staff quarters. A south-facing porch overlooked the river. Latrobe added two single-story blocks to the north side of the house, for a kitchen and an office, connected by a small covered porch.

Latrobe was born in England and emigrated to the United States in 1796, becoming the country’s first professional architect. His career in Philadelphia began with the Bank of Pennsylvania, completed in 1801 and the earliest Greek Revival structure in the country. By 1806, when hired by Craig, Latrobe was Surveyor of Public Buildings in Washington, D.C., appointed by Thomas Jefferson Latrobe designed elements some of America’s most important government buildings, including the Capitol and the White House.

Having purchased Andalusia in 1814, Nicholas Biddle hired architect Thomas Ustick Walter (1804-1887) in 1833 to make significant changes to the mansion house and its surrounding land. Two parlors, with bedrooms and attics above, were constructed on the south side of the house, toward the river. These extensions were surrounded by a massive new columned porch in the Greek Revival style, emulating the ancient Theseum temple Biddle had seen in Athens. On the north side, Latrobe’s earlier additions were demolished to make way for two-story, multiroom wings to the east and west, housing larger kitchens, a library and study, and extra bedrooms. At this time Walter also designed the Grotto, Graperies, Steam House, Cottage, and a second story for the freestanding Billiard Room.

Walter was born in Philadelphia and, starting in 1819, trained under William Strickland, the architect of the Second Bank of the United States, constructed in 1818-24 while Biddle was the bank’s director and then president. Walter’s father was also the project’s bricklayer. Coinciding with his work at Andalusia in the 1830s, Walter designed Founders Hall at Girard College, where Biddle served as president. Like Latrobe, Walter later became an architect of the Capitol, designing the building’s famous dome and east and west wings.

Andalusia is home to countless artworks of both historical significance and sentimental value. Portraits of family members—from intimate miniatures to largescale canvases—display the talents of Philadelphia artists like Thomas Sully, Anna Claypoole Peale, Moses Williams, and Leopold Seyffert. Brilliantly figured maple furniture speaks to the unique tastes of Nicholas Biddle, who preferred the light-colored wood over more popular mahogany or walnut. Throughout the house, marble statues carved in Europe, porcelain and lacquerwares from China, and beautifully wrought American silver represent the exceptional objects enjoyed and used by generations of Andalusia residents and their guests. 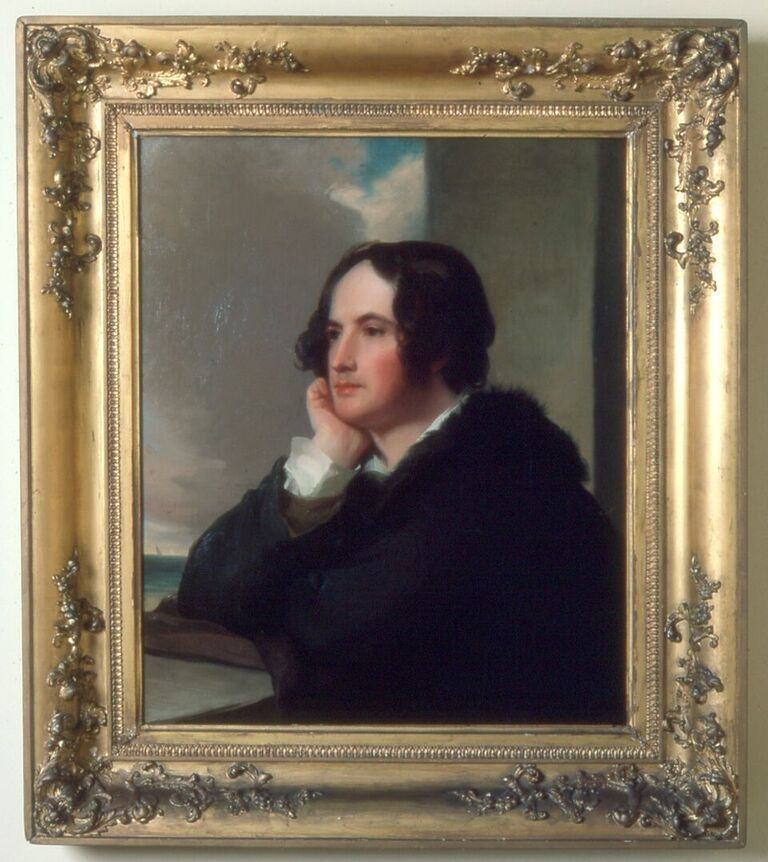 Hanging in the Study of the Big House is an 1827 copy of Jacques-Louis David’s famous painting Napoleon Crossing the Alps. The original 1801 painting once belonged to Joseph Bonaparte, Napoleon’s brother and the former King of Spain and Naples. Exiled in 1816, Bonaparte established a country home, called Point Breeze, in Bordentown, New Jersey, just a few miles upriver from Andalusia. Nicholas Biddle, who had attended Napoleon’s coronation in 1804 became friends with Bonaparte. He commissioned American artist Bass Otis to paint a slightly smaller version of the original painting plus a number of even smaller studies. When Bonaparte returned to Europe, he left several sculptures and a bed with Biddle as gifts.