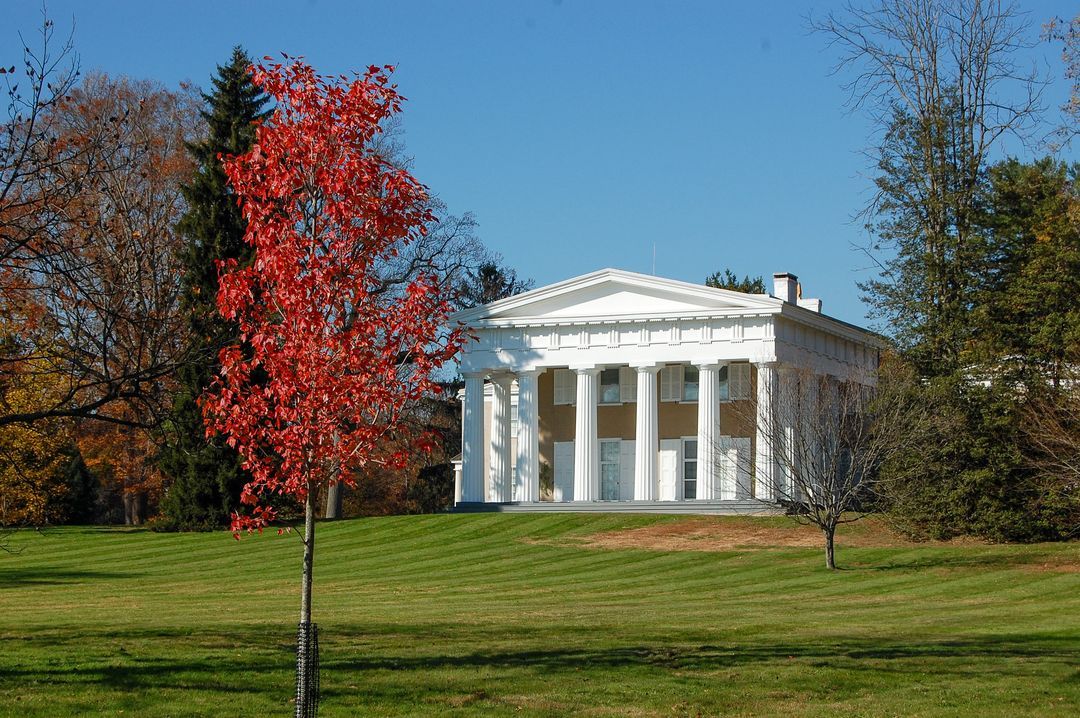 The History of Andalusia & the Biddle Family

Andalusia is the ancestral home of the Biddle family. Its storied past is filled with intriguing people and memorable tales of life on one of the country’s most distinctive estates.

Founded in 1795 by Philadelphia merchant John Craig as a summer retreat, his daughter, Jane, and her husband, Nicholas Biddle, oversaw massive expansions of the property in the 1830s. Since then, Andalusia has been stewarded and preserved by five generations of Biddles—including Letitia Glenn Biddle, who planted the first formal flower gardens in the 1890s; Charles J. and Katherine Biddle, who modernized the Big House in the 1920s; and James “Jimmy” Biddle, who opened Andalusia to the public in 1980. Jamie and Kristin Biddle, and the Andalusia Foundation Board of Trustees, now lead the effort to maintain the Big House, expand the gardens, and increase visitor access, so that the beauty of Andalusia and the history of the Biddle family can be shared with others for years to come. The history of the Biddles in America dates to the arrival of William and Sarah Biddle in Burlington, New Jersey, in 1681.

Then part of the English colonies, the town was settled mostly by Quakers who had left their home country to avoid religious persecution. Both William and Sarah had been imprisoned in London for their beliefs. Marrying in 1666, they had two children to survive to adulthood—a son William II and a daughter Sarah, who were just 11 and 2 years old, respectively, when they crossed the Atlantic Ocean with their parents.

Over the next several generations, the Biddle family would grow and expand across the colonies and the new nation. Several Biddles were involved in the Revolution and early politics, some rose to prominent positions in banking and law, many served in the military, while others were gifted academics, writers, and artists. Nearly 350 years after William and Sarah landed in Burlington, and more than 200 years since their great-great-grandson Nicholas moved to Andalusia, the greater Biddle family legacy is a composite of countless biographies that together reflect, and have shaped, the history of the nation. At Andalusia, that legacy is preserved and lives on. John Craig (1754-1807), who established Andalusia in 1795, was the son of Scottish immigrants who had settled in Philadelphia. He grew wealthy by shipping goods overseas to and from the United States and throughout the Caribbean. Like many people of his time, Craig’s enterprise was a family affair, with business partners including his father, James, and two brothers-in-law, Spanish citizen Francisco Caballero Sarmiento and Baltimore merchant Robert Oliver.

The death of John Craig’s father in Philadelphia’s 1793 yellow fever epidemic likely motivated him to find a summer home for his family somewhere in the country. In 1795, he and his wife, Margaret, purchased 99.5 acres of land along the Delaware River in Bucks County, just north of the Poquessing Creek that marks the city limit. Two years later, their 50’ x 30’ home—today the central portion of the Big House—was documented and insured by the Insurance Company of North America for $4,000.

John Craig hired Benjamin H. Latrobe to enlarge the house in 1806. Unfortunately, Craig died in 1807 before the changes were made, but Margaret oversaw the project’s completion. In 1811, the Craigs’ only daughter, Jane, married Nicholas Biddle—then a lawyer, editor, and state legislator. When Margaret Craig died in 1814, Nicholas Biddle acquired the property from her executors.

Nicholas Biddle (1786-1844) expanded Andalusia to the property it is today. As one of the most prominent men in 19th-century America, he was noted for his leadership in finance and his skill at extending diplomatic goodwill on behalf of the nation. Between Andalusia and his Philadelphia townhouse, he entertained the likes of President John Quincy Adams, Daniel Webster, the Marquis de Lafayette, and Joseph Bonaparte, the exiled King of Spain. Biddle was not only the young country’s most powerful banker, but also a poet, the editor of the Journals of the Lewis and Clark Expedition, an authority on architecture, an experimental farmer, and the foremost political and financial adversary of President Andrew Jackson. During his lifetime, he acquired a spectacular library, now a treasure trove of antique books, preserved intact in their original environment.

One of twelve children to state politician Charles Biddle and Hannah Shepard, Nicholas was a child prodigy who completed his studies at the University of Pennsylvania at age thirteen. Feeling that he needed more time to mature, his parents sent him to the College of New Jersey (now Princeton University), where he graduated at age fifteen, sharing top honors and giving the valedictory speech at graduation. He studied law with his older brother William and with Judge William Lewis, and then through family connections, became secretary to General John Armstrong, Minister to France. Armstrong and Biddle arrived in Paris in 1804, in time to attend the coronation of Napoleon at Notre Dame Cathedral.  During his time in Europe, Nicholas traveled to Italy and Greece, gaining a deep admiration for classical architecture that would later inform the design of renovations to Andalusia.

To this day, Andalusia reflects the wide-ranging interests of Nicholas Biddle, a Renaissance man who was an art critic and patron, poet, editor, and innovative farmer. An ardent proponent of Greek Revival architecture, Biddle commissioned the famous Philadelphia architect Thomas Ustick Walter to design a classical temple facade to wrap around the south half of the house built by John Craig and expanded by Benjamin Latrobe.

Nicholas Biddle also devoted himself to agricultural pursuits. His stables contained some of the country’s finest racehorses and he imported the first herd of registered Guernsey cattle. He tried unsuccessfully to introduce the silk industry to America by planting acres of mulberry trees. More successful was his venture growing fine table grapes, which the Biddles continued to harvest from coal-heated hothouses until the 1870s, after which they were destroyed by a hailstorm. Fortunately, the handsome hothouse walls were retained, which today support wisteria and protect a rose garden.